I'm traveling in Arizona at the moment, and decided to get in a bit of geek tourism by swinging by the Western Design Center (wikipedia) in Mesa, Arizona. The Western Design Center was founded by Bill Mensch, one of the creators of the MOS Technology 6502 series of microprocessors found in many personal computers of the 1980's, including the Commodore 64 and the Apple II. The 6502 series is somewhat nostalgic for me, as I taught myself machine language programming on the 6502 as a kid.

As far as I know, the Western Design Center is the only surviving manufacturer of 65xx microprocessors. I sort of expected to see a fabrication plant at this address instead of a house, though. According to Google Maps, there's even a pool in the back. 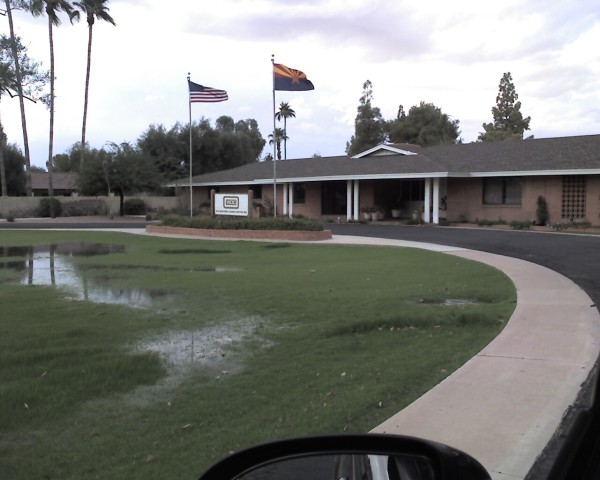