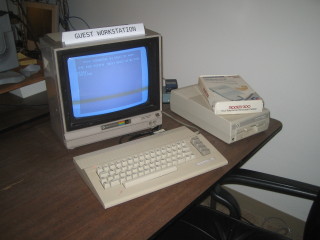 This advanced system can be used to arrange words and make edits without the need for white-out.

When I was growing up back in the 1980's, I wrote a lot of documents on my Commodore 64 including school assignments, letters, journals, and attempts at fiction. I used several different word processors during this time, but towards the end I was mostly using a product called Word Writer 4 from Timeworks. Now that I'm older, I'd like to preserve these childhood memories by converting them into a more modern, standardized format that can be easily viewed on modern computers. (You may find this shocking, but it turns out that contemporary word processors lack the ability to import from Commodore 64 file formats.) 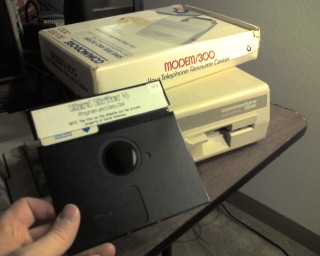 The first step is to recover the raw data off of the 5.25-inch floppy disks before they completely rot. Since I still have my trusty Commodore 1541 disk drive, I ordered the XA1541 cable from Vintage Computer Cables which connects the drive to a PC's parallel port. While this lets me connect my antique disk drive to the best computers that the 1990's had to offer, I've found that it's actually hard to find a computer these days that still has a parallel port. Fortunately, I was able to dig up an old Thinkpad 600 (circa 1999) that has a parallel port. Using the cbm4linux (a.k.a. OpenCBM) tools, I was able to copy the data from my old floppy disks to d64 disk image files on my PC. I was then able to use the cbmconvert program with the "-d" option, which reads the specified d64 disk image and dumps each individual file into the current directory.

Each Word Writer 4 document has a filename ending with ".seq" and contains data in a seemingly proprietary format. A small amount of reverse engineering effort reveals that the format is actually fairly close to ASCII, but various character ranges are offset. (No, it's not PETSCII, either!) Some embedded control codes provide markup information about text styles and formatting. I wrote a small C program called ww4convert that reads the Word Writer 4 file on standard input, and provides an HTML version of the document on standard output.

Now I can completely peruse my tome of old documents using my web browser. However, I must provide a word of warning about resurrecting your childhood documents: You may find out that you were really, really horrible at writing as a child, contrary to your memories of writing paragraph after paragraph of elegant prose. If only I could go back in time and knock some grammar and composition sense into the head of my former self. 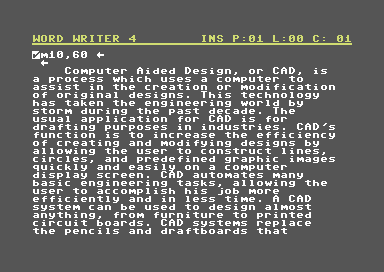