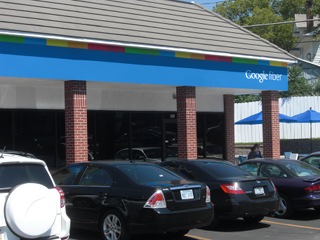 While visiting Kansas City recently, I decided to investigate Google Fiber, Google's ambitious new residential gigabit Internet service they are building in Kansas City, Kansas, and central Kansas City, Missouri. While they haven't connected residential customers to the network yet, they have provisioned service at several local businesses. They also opened a showroom called "Fiber Space" to demonstrate the service to potential customers.

My first stop was the Mud Pie Vegan Bakery and Coffeehouse, a neat coffee house in a historic area of Midtown Kansas City. Mud Pie has the Google Fiber hookup, which customers can use via Wi-Fi or the ethernet-attached Chromebooks which Google has provided. I tried to convince the barista to let me borrow the ethernet connection from a Chromebook so I could test the fast path, but he declined due to Google not wanting people to interfere with their hardware in such a way. However, I found I was able to accomplish most of my investigation goals using a combination of my laptop on Wi-Fi and the wired Chromebooks. I ended up hanging out at Mud Pie for several hours, running tests and chatting with the barista and customers.

Four blocks south of Mud Pie, Google has set up a showroom for Google Fiber called "Fiber Space." It's a very consumer-oriented experience aimed at selling the service to locals. Many Google Fiber employees are on hand to show people what hardware they'll need, and demonstrate the Internet and TV services in virtual living rooms. The "car roller coaster" set from the Google Fiber promotional video and free snacks were also on hand. In addition to the wired Chromebooks on display, people can bring their laptops to try out Google Fiber via the Wi-Fi. However, an employee told me that they didn't allow hooking up to the wire, citing a concern about piracy or illegal activities or some such. (Which sounds like a pretty weak excuse to me.) 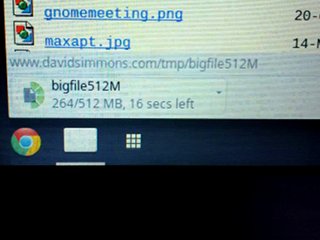 I don't always download big files. But when I do, I download half a gigabyte of pseudorandom bytes generated by /dev/urandom.

Naturally, the first thing people want to know about Google Fiber is how fast is it, really? Unfortunately, it's difficult to reliably measure the practical speed of the service due to the many other bottlenecks that exist once you remove the bottleneck of the last mile. Also, since others have performed plenty of speed tests, I decided to focus more on other characteristics of the network. However, I did run a few throughput tests for good measure.

Here is the result from speedtest.net, running on the wired Chromebook:

I tried running the test against servers in other locales, but the default Palo Alto server delivered the best result. I don't think these tests are great measures of throughput for such high speeds, since not only might the test servers be bottlenecked, but they may not run the tests long enough for the TCP window size to ramp up to the connection's true capacity.

I don't know why the Linode download was so slow, although the outbound route to that server went out to California, and even across Comcast's network (!) before heading to Dallas. The download from a server at Forethought hit a much higher bottleneck somewhere, but it's difficult to say where. 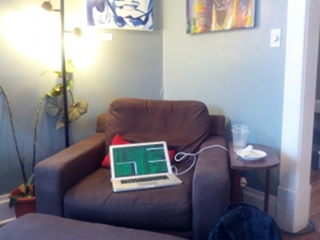 Going to town with the ping and traceroutes. 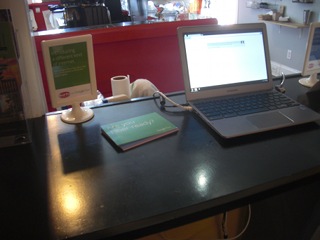 At Mud Pie, a couple of Chromebooks were hooked up to Google Fiber via ethernet.

I performed pings and traceroutes to a number of hosts, to get an idea of Google Fiber's positioning on the network and the available peering points for outbound packets. These tests were conducted from the Wi-Fi network at Mud Pie, so a few milliseconds can be attributed to local Wi-Fi latency (see the first item on the list).

The full ping/traceroute output is available.

As far as I can tell, outbound packets exit Google Fiber's network via links to either San Jose, CA, or Dallas, TX. In San Jose, Google Fiber seems to be peering with Comcast and XO communications. (Presumably at Equinix's 11 Great Oaks facility.) In Dallas, Google Fiber seems to peer with Level 3 and Google's main network (which is a separate autonomous system from Google Fiber). As you might expect, access to Google services (such as Google Drive and YouTube) is quite snappy from the Google Fiber network. 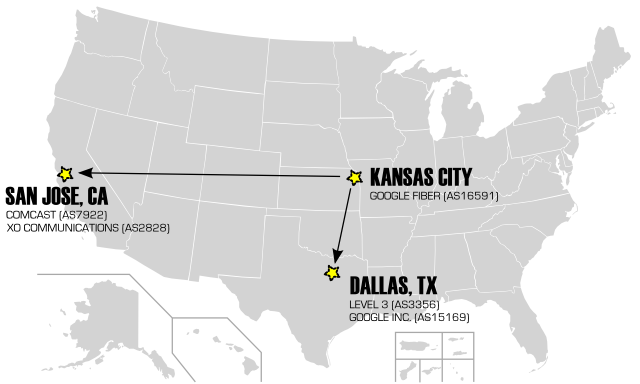 Locally, Google Fiber has a short route to the University of Kansas Medical Center, but I'm not sure who else they peer with in Kansas City. They definitely do not peer with KC NAP.

While on Mud Pie's network, my laptop was assigned an IPv6 address in the fc00::/7 block which is designated for unique local addresses. However, I'm not sure what the point of this is. I definitely could not reach the IPv6 internet via ping6.

Google Fiber is fast. If it was available in my neighborhood, I'd sign up.

UPDATE 2012-12-28: I've made another visit to Kansas City... see my post about plugging into the ethernet at the Hacker House.